My audience user profile of my magazine 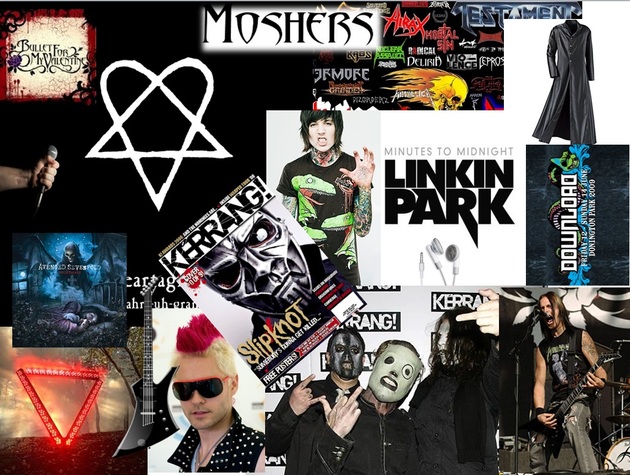 By looking at my flatplan i can gather the kind of products that are used in the adverts. These products have been chosen by the publisher as they are what the audience of kerrang! likes and uses. My magazine is goign to be very like kerrang as it has the same music in it, so i will look at the advertisments to see what other product would relate to my target audience.

But what is my target audience?
well i used the web applicatio 'find your tribe' (http://www.findyourtribe.co.uk/) to see what audience my reasearch represented:
(<my mood board I created on PowerPoint) 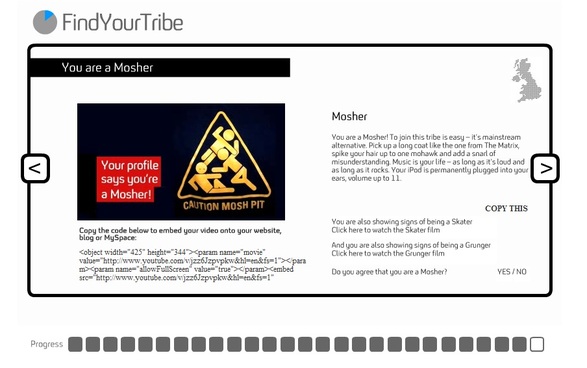 To get this outcome, i put  things like:
Overall the 'mosher' identity are peopkle who socialise and have very media based lives, with films, brands, and more current technologys compared to old tech like radio and newspapers.

These items are valid representations of the 'mosher' identity as items like this came up in the flat plan of kerrang that i did. The kind of that these people like is mainly any type of rock,alternative, or metal, just as long as its loud and in your face. These are some of my music preferences that would fit into the mosher catagory:

I have presented these themes and bands on the mood board above.